Nashville based harpist/songwriter Timbre has been enchanting audiences across the world with her unique harp-based folk rock. Though featured playing harp with bands/artists such as Jack White, Ricky Skaggs, mewithoutYou, and the Chariot, her solo music is even more breathtaking. Her ensemble of musicians bring complete stillness to crowded bars and festivals, silencing audiences of thousands.

“Timbre’s enchanting soprano reminds me of the vocalizing of Celtic Woman, and she embeds her voice in melodies and arrangements that suggest the mystery and beauty of a band such as Sigur Rós. The album is exquisite, well worth listening to.” –Mark Allister, PopMatters.com

“While it might sound ancient, it’s all really quite new, and the overall effect is startling…. Timbre’s work is both haunting and elegant, and her voice has the capacity to soar to the upper reaches.” –Stereo Subversion

The genre-bending, multi-instrumentalist songwriting duo Frances Luke Accord are changing the dynamic of Chicago’s folk scene one DIY venture at a time. From their debut project, the non-profit benefit record Kandote, to their house-concert/video series Fluke Takes, FLA have grounded themselves beyond any ordinary indie-folk band. Brian Powers and Nicholas Gunty came to Chicago in 2013 from another burgeoning midwest music hub, South Bend, Indiana. They currently operate the production wing of the band from their northwest-side Chicago apartment, where they’ve recorded and produced all their present material, as well as a growing collection of work by fellow Chicago DIYers. 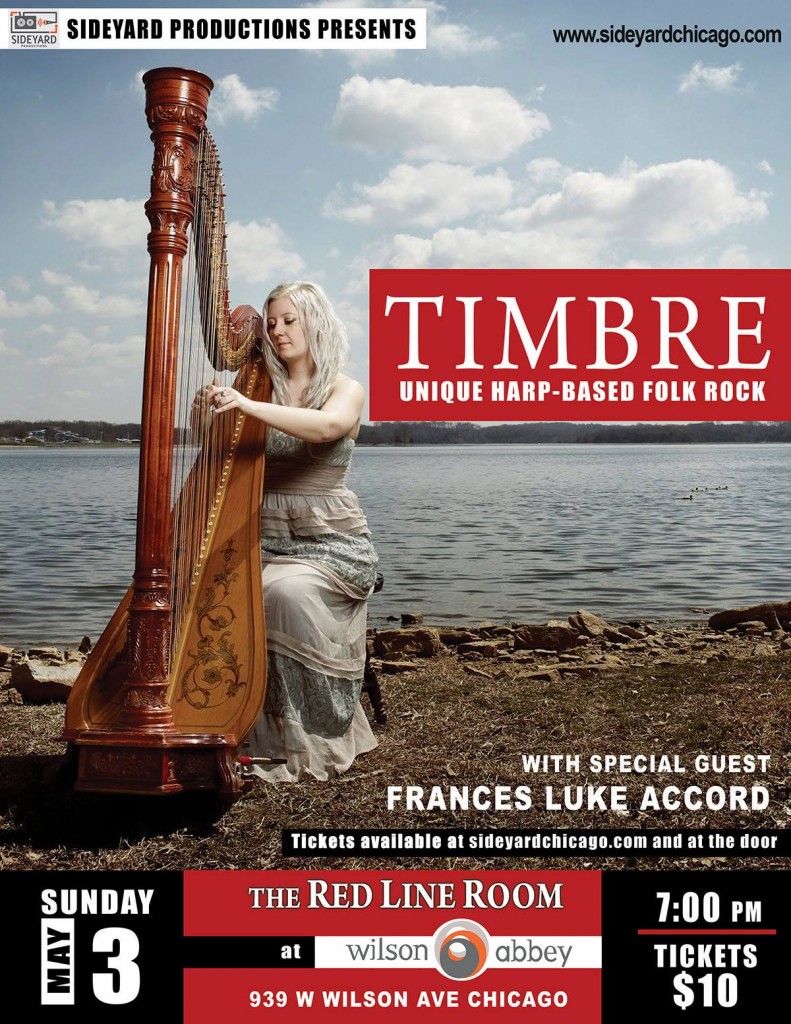