We are extremely pleased to bring these two – strike that – THREE highly creative groups to Wilson Abbey!

STEVE TAYLOR (lead vocals, lyricist extraordinaire) had a respectable solo music career back in the 80’s and early 90’s, as well as fronting the band Chagall Guevara before switching to music production, founding and running a record label, and directing two movies. Peter Furler (drums, background vocals) is known for his past work as the founder/drummer/lead singer of the Newsboys, as well as currently fronting the Peter Furler Band. John Mark Painter (bass, horns, other instruments, background vocals) is half of the band Fleming & John, who put out two albums back in the 90’s, and is also known for his studio and composing work. Jimmy Abegg (guitar, background vocals) was part of the Ragamuffin Band playing with Rich Mullins back in the 90’s (among other musical ventures), and is also known for his art work.

“This is one of the most creative albums I’ve heard in a long time, and I give it 5 stars.” –Susie Finney, BedlamMag.com

DANIELSON
You have to love these review blurbs:

Signal to Noise – “Danielson is more than a band, it’s an exploratory musical collective of epic proportions.”

Under The Radar – “…music so deliciously strange and strikingly accessible that it will never be confused with anyone else.”

Time Out Chicago – “… as disarming as it is surreal…”

SPIN – “…too Christian for rock clubs and too wacko for church.”

Seattle Weekly – “Love him or hate him, he’s an oralist of the very highest degree…”

“One of those you-gotta-see-it-to-believe-it bands that only comes along once in a great while.” – Jersey Beat

From review in Huffington Post: “At some point in your life you’ll meet a couple who just so completely gets it right, it permeates throughout all they do, inspiring something so sweet and strong and stable, you just want to bask in the glow of it and hope like hell it rubs off so you’ll know that kind of love too. Nate and Tessa Allen of the band Destroy Nate Allen are this couple…. As quirky and fun as their music is, the lyrics are laden with religious and political references they’ve grappled with throughout their lives, and the deepest emotional pull of their feelings for each other.” 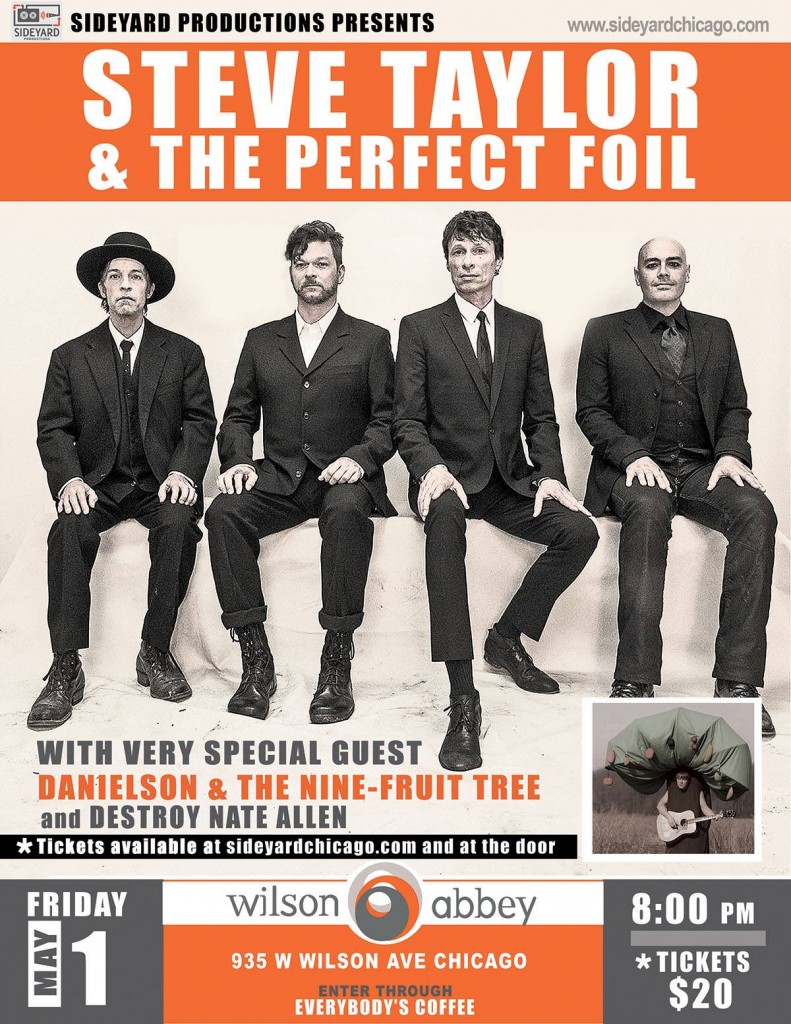